As we release the fourth annual State of Connecticut Public Education report, education reformers are perched at a historic moment. This year, states will compete head-to-head for $4 billion in federal money through the U.S. Department of Education’s Race to the Top (RTTT). This competition is the largest amount of discretionary funding ever allocated for education reform—and the states that most effectively revamp their public education systems to put kids first will win.

In addition to our traditional look at the state of Connecticut public schools, this year’s report takes a look at Connecticut’s policy environment: namely, where we stand in the RTTT. The 2009–2010 State of Connecticut Public Education report gives us the facts about how our districts are performing, how well our teachers are being trained and how our educational standards measure up to other states. 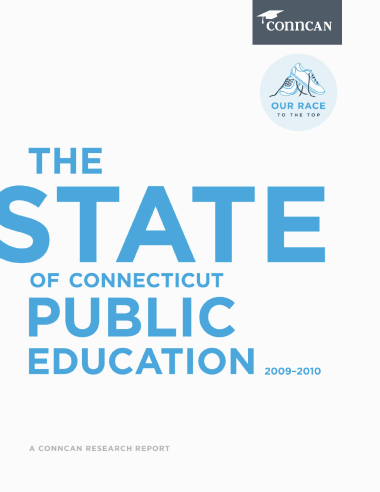