Last year, with the General Assembly’s overwhelming support, Gov. Dannel P. Malloy was able to enact the most meaningful education reform law our state has ever seen. At the start of the 2013 Legislative Session, Gov. Malloy called on the Legislature to protect the bold policies he put in place. In the face of a huge budget deficit, the Connecticut General Assembly made tough choices and put kids first by protecting key pillars of last year’s education reform law. We explore the numbers in this analysis. 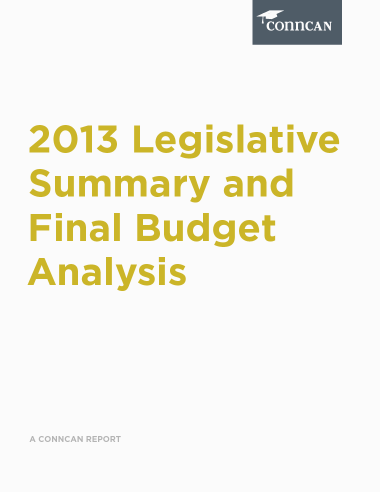